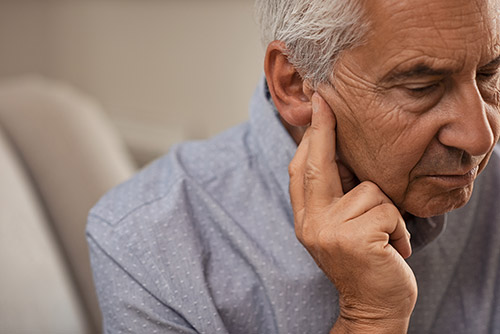 If you ever watched a comedic sitcom or movie on television, you likely seen this common scene. An elderly person loses their hearing aid, causing them to mishear certain lines from another character. As a result, a comedic situation is played out. However, it’s only a satirization of a subject that we take very seriously here at Manor Lake Assisted Living & Memory Care here in Athens. Approximately 10,000 Americans become sixty-five every day, so the need for recognizing, understanding, and treating hearing loss is increasingly important.

Due to misconceptions of hearing loss, most people don’t know the truth and facts about the subject. The reality is that we will all experience some form of hearing loss at some point of our life. It will also be in varying degrees. The reason why is because of the biological change a person experiences as they grow older. However, because of public perception, people don’t realize the facts about this ongoing health issue for seniors. Here’s what people should know about hearing loss.

Aside for the medical issues that hearing loss can bring, it can also bring on several emotional problems for seniors. Due to most seniors feeling embarrassed by their conditions, they tend to resort to defensive mechanisms and deny their conditions publicly. For example, an assisted living resident here at Manor Lake Athens might begin to avoid social gatherings because of their hearing loss. But our caring assisted living professionals are trained and attentive to both the tell-tale signs of diminished hearing and related behavioral changes like new tendencies to isolate themselves from others.

It’s powerfully rewarding providing loving assistance to our cherished residents. Helping residents and their families recognize the need for initial or recurring hearing treatment is an important aspect of enriching the quality of life of those we serve. To learn more about our approach to professional assisted living and professional memory care services, call us anytime!